Horoscope for my Homeland

Today, as the sun crosses the turban of Saturn,
a unicorn will run across your midriff,
avoid violence but do not lower your weapon.
As the planets enter the seventh house of the zodiac,
with the moon approaching the dragon’s tail,
and Venus untangles its hold on Neptune,
some suitors will offer you a hug;
a knight on a horse in the year of the sword,
sensing the arrows within their heart,
will shield you; with a cuddle
he will preen your feathers of shrubs,
and press on you, behind a mystical mask,
a kiss in plural mouths.
Remember to open your eyes if you yield your lips,
as if on a vigil for vampire teeth.

I
How do I leave the city of my umbilical cord,
at the sound of morning prayers, when the muezzin says the salat,
before the sun revisits my eyes under the eastern hangar of life?

An ending coming, I can feel its throb,
but my aorta does not tell me when the last trumpet will sound,
nor the path before me where the sinkhole lays its ambush

how do I shut the last door and open a trade link with alien bays,
cross the year in the dinghies of future months
and step across the frontiers like seasonal egrets?

How do I abandon the skeletons buried in my hipbone?
Pick my cells of wilful chromosomes,
or chase the rascally child of my wandering to
the den of a famished road?

How do I leave the city to its graffiti of slime,
flee its bugle of infant cry
and disappear in the fading line of distant guitar riff?

Freebies of beauties are waiting by the distant station,
like a necklace of motley colours,
their heels like minted hoofs, their lipstick like the nude testimonies
of orange flowers that fall like leisurely hailstones.

How do I rein in the lust in my eyes?
how do I, like a miserly coffer, close my eyelids to let evil pass,
but miss the angel of love that is dreamed of?

How do I leave the housewife that has hennaed a rosebud on her lap,
the very one who awaits the daylight of my lover’s look-in,
although her voice chafes the field of my peace?

How do I pack my old feelings in a hen coop
and follow the wind to the mountain head?

II
There are so many people the city has hurt,
many leaving the darkness of the city on horseback for a foreign night,
in the absence of known skies, forging a galaxy with
constellations of fireflies,
and trafficking a homeland in rucksacks and amnesiac songs.

A multitude camp under the brown awning of a season that never changes,
inventing a shift of weather with theatrics of wonders and
narratives of mimic clouds,
their aspiring vines wounded in the skirmishes of trellis.

There are many more emigrating into themselves,
like rains of anguish falling backwards to the sky,
or trees growing inwards, their leaves forgotten in the
alcove of their cells

many are disappearing from sight like roads that lose their way,
so many leaving their houses and entering the bitter metaphor
of a stranger’s poem,
to martyr a story already weak with tragic dénouement.

Why should I descend with them the stairs of exile without
the luggage of my soul?
Why should I abandon the beauty under the winter of wrinkled years,
and leave a linear sadness for a joyous crossroads?

Not Counting Women and Children

‘And those who ate were five thousand men, not counting women and children.’

I will count the many ways the city has built its name:
in the morning, I will count the clean barks of automath dogs,
in streets lined with numbered hooves of imperial horses

I will count at the city gates floral patterns that once were flowers,
and the statues of heroes inhabiting the consciences of public eyes,
snug as a tailor’s dummies in their lunation of waiting.

I will reckon in the squares the ruminant anxiety of stray goats,
their territorial bleating and their artefacts of droppings;
I will take the census of birds and the Fibonacci leap of caracal;

I will count our blessing of weapons and its windfall of the wounded,
in the renewed violence of love we trade with friendly cities;
I will count the genius of the patriarch that fed a multitude with
two pieces of digital salmon;

I will count the kitchenware and pots of national stew,
in homes without a wedding gown or a bed out of job,
but neither women nor children will I count.

Kunle Okesipe is the author of Professor’s Last Death. 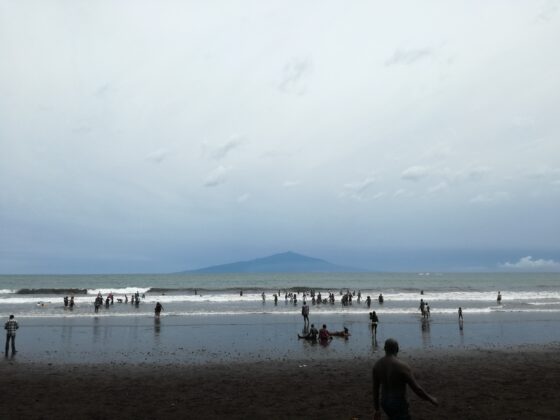 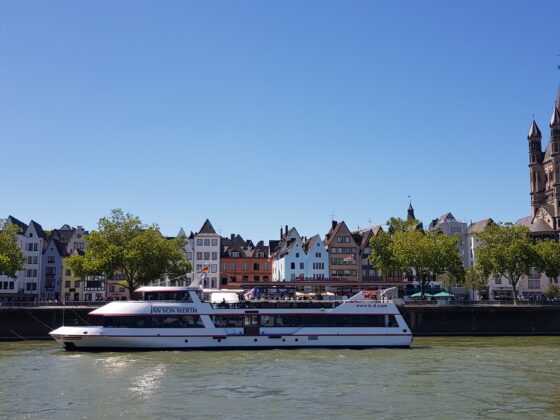 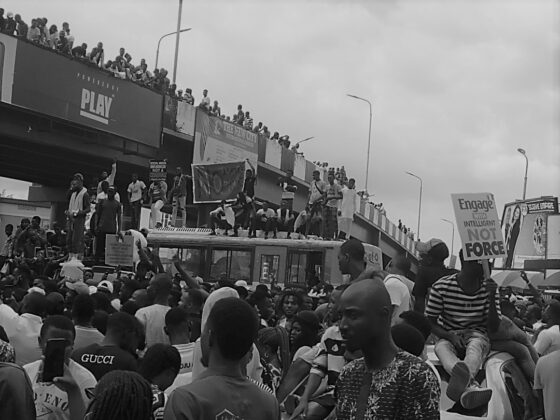 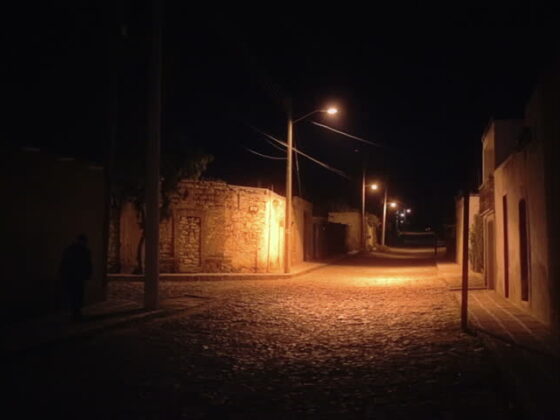 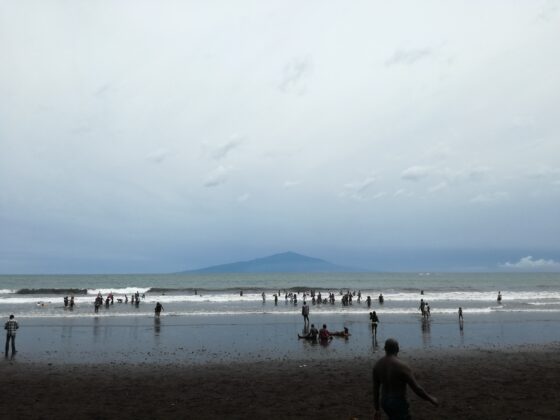 A Poem by Uche Peter Umezurike 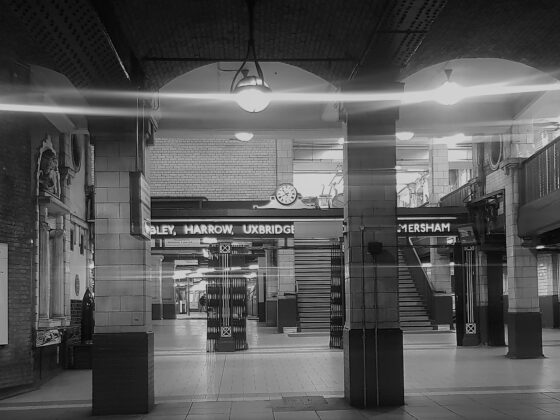 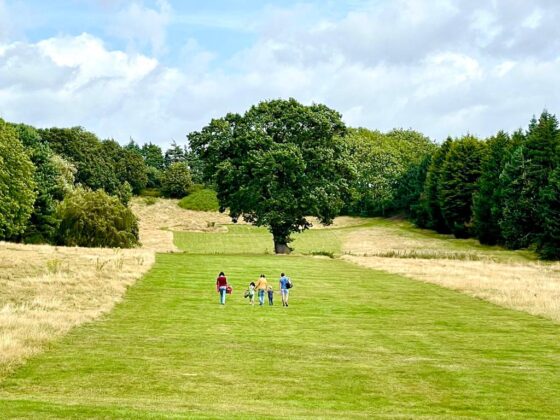 A Poem by Femi Oyebode 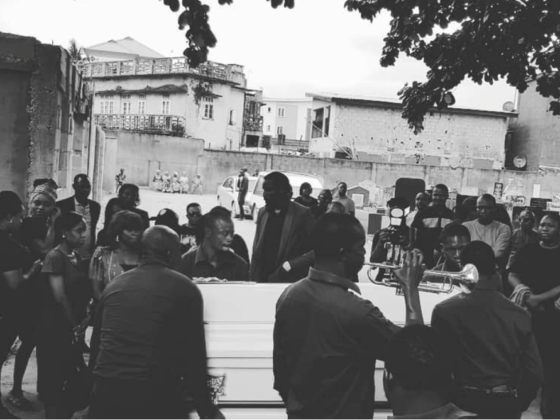 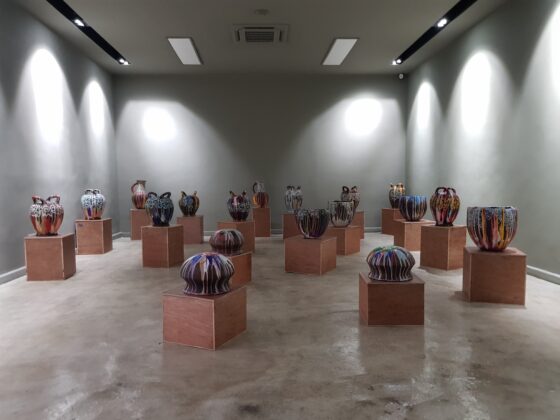